Alpha Networks, a leading provider in software solutions for the global video distribution market, announced today the acquisition of Kinow. The French company specialised in offering a turnkey OTT video platform to content producers & distributors, media companies and sports federations, is officially part of the Alpha Networks Group starting from January 2022.
Upon acquisition, Alpha Networks will leverage Kinow’s SaaS streaming solution which has already been deployed with a remarkable time-to-market to a list of more than 300 Tier 3 and Tier 4 customers over the last 7 years, including Reworld Media, the Académie des César, Mediawan, The European Handball Cup, Reed Exhibitions, Decathlon, the Festival International du Film d’Animation d’Annecy, LaCinetek, Tënk and many more.
Kinow’s OTT solution was conceived to be easily and quickly deployed for niche markets too, including the events, entertainment and corporate industry.
While benefiting of its global footprint and thus continuing to serve major operators and media companies worldwide (such as beIN Media Group, Orange, Vodafone Spain, Bouygues Telecom) through its multi-awarded Tucano software, Alpha Networks plans to combine its strong technology expertise with Kinow’s dynamic approach.
The synergy between the two companies is expected to enable Alpha Networks to persist on its journey of accelerated growth, by addressing a broader spectrum of different-scale actors in the video industry. The extended product line will be able to treat both major operators and media companies as well as broadcasters and editors in Europe, Middle East, Africa, Latin America and in the US.

This strategic acquisition represents a key step towards our 3-year growth plan. Kinow is a fast-growing company, with a demonstrated 100% growth rate over the last year. We believe that their product and mindset will help us accelerate our goal of consolidating a software-on-demand SaaS model and expand it on a global scale

We are proud to join Alpha Networks to achieve together our common goal to become the new European leader in the video streaming solution market in the next few years. I am confident that their technical capabilities alongside a strong track record will allow us to boost our product visibility and go-to-market. We’ll also be able to keep improving the quality of service thanks to Alpha Networks’ strong support and monitoring offering

TV operators and media companies can complete their solutions with Gecko, the white-label framework UX. With more than 30 clients in Europe and Latin America, Alpha Networks prides itself on empowering innovation, accelerating   the   projects   go-to-market   and   enhancing   the   next   generation   TV-entertainment business. The company is internationally recognized by customers all over the world, such as Orange, Altice, Econet Group, TeleCentro, Bouygues Telecom, Canal+, NOS, TF1 and many others.

Kinow provides a turnkey solution to help content producers, distributors and editors to launch and enhance their own live and on-demand video streaming platform.

Thanks to this SaaS solution in the cloud, we handle hosting, maintenance and technical support so you can focus on your content & marketing strategy.

Since its launch in 2015, Kinow has deployed over 300 platforms worldwide. We collaborate with prestigious customers such as Reworld Media, the Académie des César, Mediawan, RX Group, the Festival International du Film d’Animation d’Annecy, Château de Versailles Spectacles, LaCinetek, Tënk and many more. 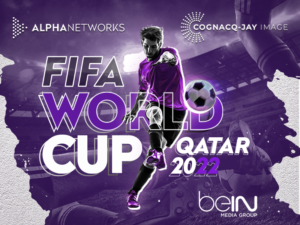 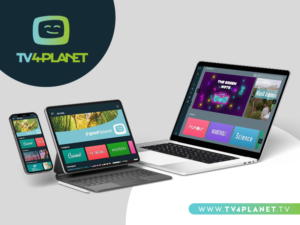 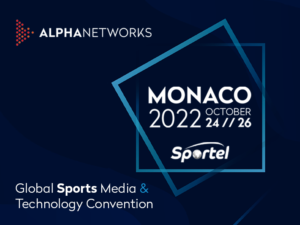 We use cookies to enable the proper functioning and security of our websites, and help us offer you the best possible user experience. For more information, please read our Cookies Policy.